Bach Choir CDs will be released May 24

Come for the vespers, stay to buy a CD. Admission is free (as always), so spending $20 on the CD won't seem so steep. Three Bach cantatas are included, so that's less than $7 a cantata.
Posted by Roy at 12:51 PM No comments: 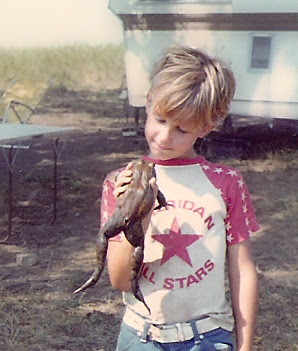 Today is my 19th wedding anniversary. (Yes, it's the day after my birthday. Makes it easy to remember.)

I used to kiss frogs. I didn't do it in hopes that I'd find a princess, I just did it because I liked frogs. Eventually, I did find my princess, and I haven't kissed any frogs since. I don't know whether there's a lesson in there, but if there is, maybe it's: if you're going to kiss somebody, do it because of who they are, not who you hope they'll be. 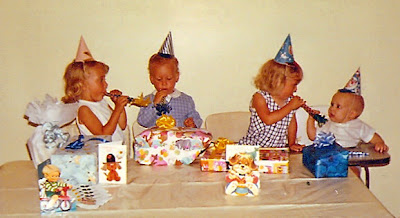 Happy birthday to me! I'm 41.
I have a theory that around age 40, age-related changes start coming on more rapidly, kind of like the changes of adolescence that take you from being a child to being an adult. Only this transition is from being a young adult to being an old one. Or, you know, some euphemism that means old.

Through the 20s and 30s, there's change, of course, but it's pretty gradual. Metabolism slows a bit. Some lines in the face, that kind of thing. Nose hair, of course. A few introductory gray hairs.

Around 40, it accelerates: metabolism drops again (clunk), the gray hairs go from being token residents to being a strong voting bloc, and I presume the stray hairs springing up where they aren't wanted are going to be kicking into high gear. Presbyopia is also kicking in, all of a sudden, which is a real annoyance. And I'm guessing it's all this change that (like in adolescents) makes people more prone to depression.

Anyway, I'm not depressed. Just observing. I had a sticky bun for breakfast this morning as a birthday treat, how could I be depressed?

In completely unrelated news, do you ever wonder what comedians would do if they could find anything funny about President Obama? How about if he could make jokes at his own expense? That, it turns out, would be awesome!
Posted by Roy at 10:29 AM No comments:

Audio. Everything on the market is about HD video, but there's nothing about improving audio quality. Super-Audio CDs are something of a niche market, which seems strange to me. Home theater systems are widespread, meaning lots of people have Surround Sound systems, and their music doesn't take advantage of it.

We need more availability of high-quality, multichannel audio. There is no reason, for example, that the data on a Super Audio CD couldn't be lossily compressed by a factor of 10 (via MP3, for example), and thus fit on a standard CD while sounding a great deal better than a standard CD. The reason for compressing at all is to make downloading practical. Surely some audiophiles will object to any compression, even if it's a significant quality improvement over their current stereo FLAC downloads. Alternatively, FLAC handles multichannel and high sampling rates, so we could do that, but the bandwidth difference is at least a factor of 5. It might be passe to even worry about bandwidth, but there it is.

Then, of course, you have the issue of how to play it. At the very least, being able to translate the download to Dolby Digital and write it to a DVD would ensure that it was playable on pretty much every Surround Sound system out there. Writing to Dolby True-HD would allow more of the high-frequency sampling to come into play, but it's not available on all Blu-Ray players (although it was required for the now-defunct HD-DVD standard).

But let's bring this concept home: we're recording HD movies now, but still using stereo microphones, at best? Why? Well, probably because that's about all that home computers really handle. But if we had the devices to record real Surround Sound, I think manufacturers would bump up the playback technology.

Certainly it wouldn't take a great deal of horsepower to record 4 or 5 channels of sound on a device. I envision a shotgun mike mounted on the camera top for center channel, and then a hat that the camera operator would wear, with three omnidirectional mikes on it to pick up left, right, and rear. Then with software, apply this soundtrack to the video, and burn a real DVD or Blu-Ray disk with appropriate Dolby sound. (Or, if doing an audio-only disk, just the soundtrack.)

That hat is the million-dollar idea for this post.
Posted by Roy at 8:18 AM No comments:

Wow. Canon has finally done what I'd been hoping they'd do: they made a super-zoom camera with pretty much all the features you get in an SLR:

With an effective focal length range of 28-560mm, I don't need interchangeable lenses. Maybe just a really nice wide-angle converter, though it looks like the available 58mm adapter is somewhat limited in what it can accept.

The weak point is the sensor: it's still typical point-and-shoot size, which means the pixels are crammed pretty tight, compared to a real SLR sensor.

Breakfast: the most important meal of the year 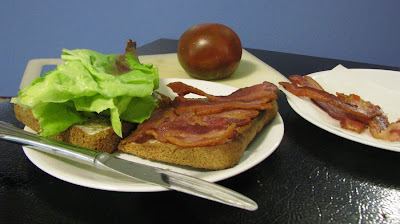 This was the morning we made our first BLT of the year. The tomato is a home-grown Nyagous, a black type, which surprised us with how early it was. It is, of course, the home-grown tomato that makes this particular breakfast so momentous.