Christ the King Lutheran Church is located at the corner of Rice Boulevard and Greenbriar. There is no admission charge; a free-will offering will be received to support the series. For more information visit our website at www.bachsocietyhouston.org or call (713) 523-2864.

The Bach Society is funded in part by grants from the
City of Houston
through the Houston Arts Alliance.

It's been over two weeks since my audition, and I haven't heard back from them. At about day 3, I figure it's a pretty definite "no". It's just annoying that people don't follow up to say "Thank you, we won't be using you." They make certain they have all kinds of contact info, and then they don't use it.

It was a good audition. I know, because I was there while two guys ahead of me auditioned. The first one did his songs, and then they talked to him about the show and had him tell a story (because the show doesn't have much actual dialogue to check speaking style). The second one had a bad audition and didn't get anything beyond singing. I got the long form. At the end, they ask if you have any questions. I think the question I should ask in the future is, "Will you let me know if you're not going to use me, or at what point do I assume a 'no'?"
Posted by Roy at 11:06 AM 1 comment: 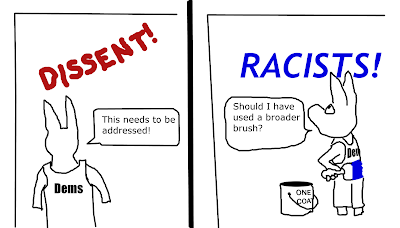 You might be able to tell I'm not a real artist. I just thought it was a pretty good concept.
Posted by Roy at 1:38 PM No comments:

This is the ballad I'll use for my audition. I wanted to see how effectively I was presenting it. I tend to have a stand-and-sing style that doesn't really sell the song, so I worked on that.

The left half of my face is lazy. Gotta work on that.
Posted by Roy at 1:33 PM No comments:

Well, the audition at Rice didn't work out. They wanted a maniacal, bombastic madman, and I don't have one of those in me. Not that I'm not evil, I'm just not loud.

But I have another audition this weekend, so that's something to look forward to, rather than moping about the part I couldn't get...I'll mope later, when I don't get this part. No, really, I'll try not to mope. The odds are usually against you at an audition, and I understand that (I do wish that they would let me know when I don't get a part, though — Update: just got the "thank you but" email.). And this would be a paying gig, which makes it even more competitive.

But it looks to be a pretty neat two-man show. The Broadway version closed down after one weekend, but I consider that a plus. I specialize in unsuccessful shows. Most of my early roles were in such shows.

You can hear a couple of the songs from the show at the show's website. Quite charming. And one of the characters was played by Malcolm Gets, who played Richard on Caroline in the City. We used to watch that show. We liked Richard. So that's a sign, right?
Posted by Roy at 1:03 PM No comments: